Welcome To the Vector Wiki! Currently, we have 1200+ edits who has raised through this wiki and you can improve this more with your help and support! If you want to help out and develop this wiki, make sure you previously have read the Guidelines and refer to our Policy.
• Check out the forums to ask a question or start a discussion. 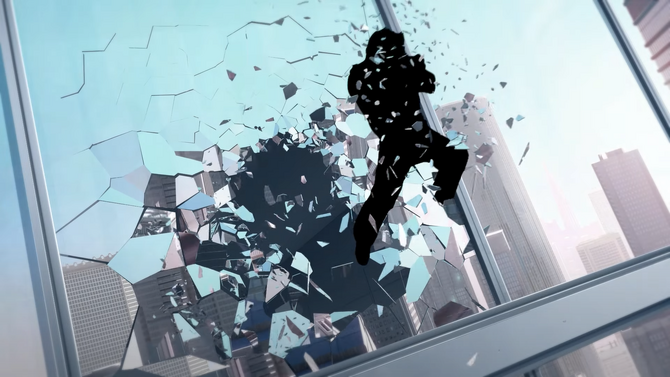 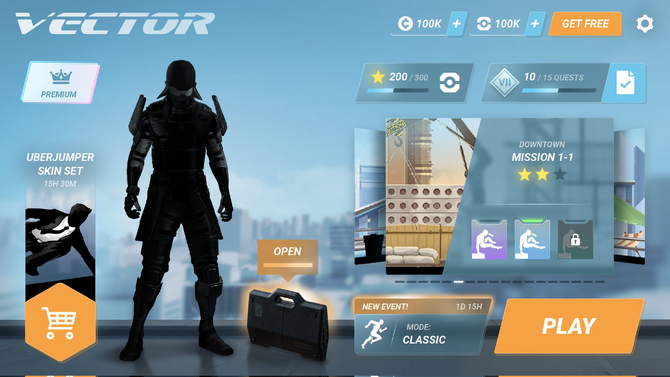 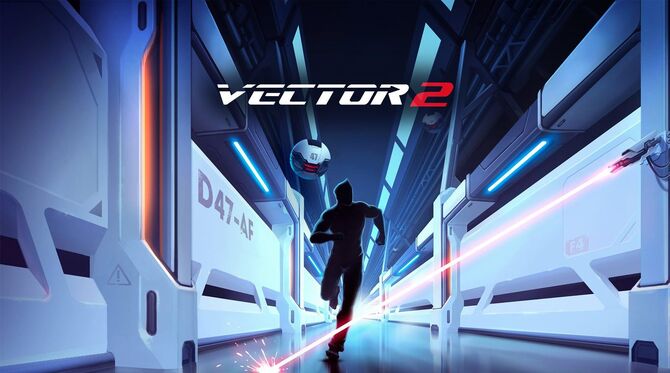 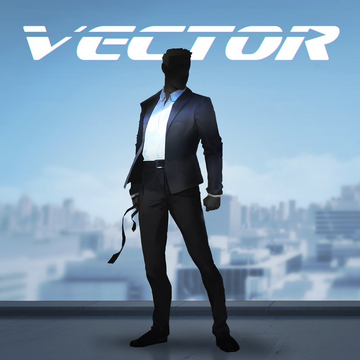 Vector is a 2012 platform game that exists on both Android and iOS. It was developed by Nekki, a Russian studio that also developed the series of Shadow Fight, Lintrix, 11x11 and the sequel to this game. Vector is published by Nekki & Banzai Game also and is an arcade-parkour game that only consists of single player.

Vector is an exciting arcade-style game featuring you as the exceptional free runner who won't be held down by the system. Run, jump and climb using techniques based on the urban ninja sport of parkour with "Big Brother" in hot pursuit! -Vector 2012, from the official website.

Inside the game, players will act as the main protagonist that may vary on gamemodes. But, in the opening, you will have the role to be the silhouette who is constantly pursued by another silhouette that acts like a bot. The game has various locations and stages wherein it all started from the main character from the very prologue of the game by which the players have been revealed to be the man in an Orwellian dystopia, no longer be able to bend to the will of his masters. He casts aside his mind-control and shirt by which all of the workers inside the dystopian world has been dominated by respect to the anonymous master. The main character leaps outside from the skyscraper, sprinting across rooftops and obstacles toward the horizon to have the option to escape to the security forces known as the "Big Brother." The game has split discrete rather than infinite levels that have generated structures.

There is different gamemode wherein you'll claim the role as the opposite silhouette of the game and known to be the Big Brother stating that your challenge will be capturing the main silhouette while collecting bonuses and performing tricks that you bought at the first game mode. There will be an event wherein you will intentionally fail some obstacles to collect some bonuses and to arrest the protagonist on-time that will lead the stage more challenging and troublesome, depending on what may alter.

The game received a 2016 sequel titled as Vector 2 that continues the storyline of the original game. The protagonist from the first installment was eventually captured by security forces at the last stage of the location Technology Park. But instead of killing him, the security forces decided to test and use his skills and stamina with the featured new equipment in a secret research laboratory/facility. In the original sequel, the final story is not yet revealed stating that the game is still ongoing because Nekki is working on games such as the series of Shadow Fight.

Community content is available under CC-BY-SA unless otherwise noted.
Advertisement